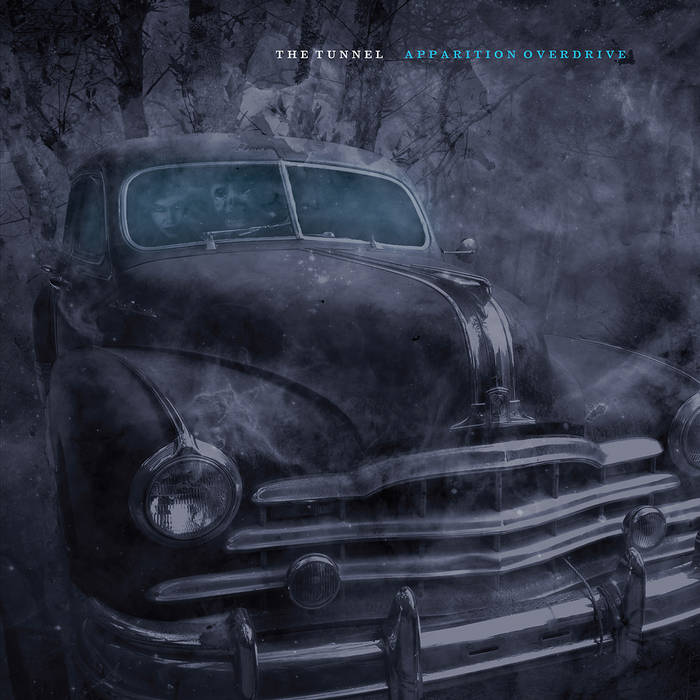 ⸸CoughCool⸸ The Tunnel=portal, as in from another dimension. This juggernaut brews up some tasty noir, swampy psychedelic post-punk, that is surely unmatched. Hypnotic tones will enchant you to an almost subconscious level. Beautiful record, amazing band
🍄🌸💀🌸🍄 Favorite track: Apparition Overdrive.

"I can’t remember the last time I had this much trouble describing a band...Musically, it is as if you’re able to combine The Jesus Lizard with Portishead and it somehow works."
–Ty Stranglehold, Razorcake.org

“...like Bauhaus meets the Cramps meets Iggy meets early Pere Ubu, but more sparse than any of those...Sounds like 1982, and yet fresh.” -Peter Doubt, KFJC On-Line Reviews

“Vicious and pleasurable at the same time...builds itself up from song to song and culminates now and then in a musical outburst that is actually reminiscent of a storm...dark and captivating.”
- Christian Grasse, breitband.deutschlandradiokultur.de (Berlin public radio)

“really revel[s] in the theatrical noir and swampy post-punk that is commonly associated with The Birthday Party...The Tunnel is all in on what they are doing, down to Jeff Wagner’s vocals, which undoubtedly out duel the music itself in terms of sewer dwelling seediness.” - Jonathan Harnish, boaws.org

“Apparition Overdrive” was recorded and mixed in San Francisco by Sam Black and mastered in Chicago by Carl Saff (Unsane, Grails).