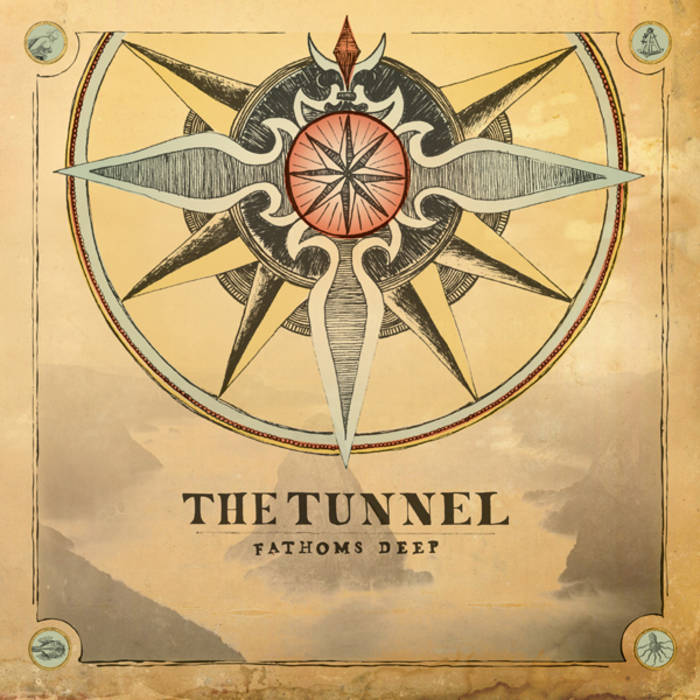 Your favorite drinking music is fierce and darkly romantic. Ragged, visionary tales of lust and loss. But you’ve already played all your Birthday Party, 16 Horsepower, and Swans records to death. You might need some new drinking music.

Sam Black (bass & keyboards), Patrick Crawford (drums), and Jeff Wagner (vocals & guitar) have these intoxicating aims when they get together and play as the tunnel. Their second album FATHOMS DEEP (2011) was hammered out in various San Francisco dives and warehouses, but draws its lifeblood from the darkness of the surrounding, still-remote Northern California coast. The sounds are akin to the art-damaged noise coming out of 1970s New York, 1980s London-via-Berlin, or an 1850s West Coast harbor town damp with fog and whiskey.

Some reviews of FATHOMS DEEP:

“like an inspired meeting of the minds from Nick Cave and the Bad Seeds circa TENDER PREY, Gun Club, mid-period Swans, and Television…How often do you stumble across an album whose every song is stunning?”
-RKF, theonetruedeadangel.blogspot.com

“The Tunnel, out of San Francisco, swaggers through a doomed and noir-ish landscape of abandoned taverns and spectral red light districts. Armed with just the basics — guitar, drums, a few keyboards and a bass — its three members transform California’s normally sunny surf rock into something dank and infected, chords hanging in the miasma, riffs clanking chains in damp, moldering basements.”
-Jennifer Kelly, dustedmagazine.com

“Jeff Wagner’s vocals ooze the type of venom Nick Cave once did with The Birthday Party. Alongside him bassist Sam Black and drummer Patrick Crawford set up the deep, ugly and unrelenting rhythmic wall of sludge we used to associate with Swans. Their new album, Fathoms Deep, is fun like waking up in a nest of snakes...The Tunnel are one of the great bands in the SF area right now”
- Greg Barbrick, blogcritics.org

"Drawing on both the decadent ambience of gothic rock and the dissonant clash of postpunk, the trio glides like a shark through eight tales of sex, death and altered states of consciousness, leaving a trail of blood and glitter behind it...Fathoms Deep burns when it goes down, but provides the warm, satisfied glow of having gotten away with murder."
-Michael Toland, blurt-online.com

“There’s a starkly raw aspect to Fathoms Deep that reaches back to the Velvet Underground while infusing elements of The Stooges and Blue Cheer, thenceforward to Television and Japan with a New York Dolls attitude...The Tunnel is recreating the difficult art of taking fairly simple progressions built from basic chords and structures but enshrining the process so that it reflects stars and shrouded night skies in museum quality architecture. Had Bauhaus figured this tricky little formula out, they’d’ve had far greater durability...Seriously, this is good shit and rarely handled so well”
-Mark S. Tucker, Folk and Acoustic Music Exchange (www.acousticmusic.com/fame).

“Sounding like the younger cousins of The Gun Club, San Francisco’s The Tunnel play dirty, gothic blues that slithers from the shadows…Relentless, brutal and even savage in spots, Fathoms Deep isn’t afraid of anything—hellish tangles and bitter ends have never sounded better.”
-Alex Green, caughtinthecarousel.com

“a worthy successor to the Birthday Party/Swans/Gun Club sound. I look forward to seeing what these guys do next.”
-Adam Bubolz, reviler.org

“When you hear the dulcet tones of Jeff Wagner’s ominous guitar straining through your speakers and threatening to break a cone or loosen some solder, you just might have the same reaction I had: Fuckin-a right on! From the misty havens of Northern California this band comes like hot rod in a Quentin Tarantino movie: Sexy, cool and all full of bad assery.”
- Jamie Sweet, themusicswamp.com

“After listening to this album, you’ll come away from this feeling a little dirty and probably a lot drunk.”
-Tim Wardyn, blogs.ink19.com/straightnochaser


FATHOMS DEEP was recorded at Studio SQ in San Francisco, produced by The Tunnel and engineered by Chris Crawford (drummer for French Miami & The Downer Party). Jeff was previously a bassist in noise-rock bands in North Carolina and Illinois (Jumpknuckle & Sharking Teeth,) and performed abrasive, Foetus-eque theater in San Francisco (The Tunnel of Love & Circus Proboscis). Pat was a drummer in punk, metal and hardcore bands in Cincinnati and Pittsburgh (Aus Rotten & White Gold). Sam played bass in the San Francisco dark rock bands (the Guilty Party & If Ever).