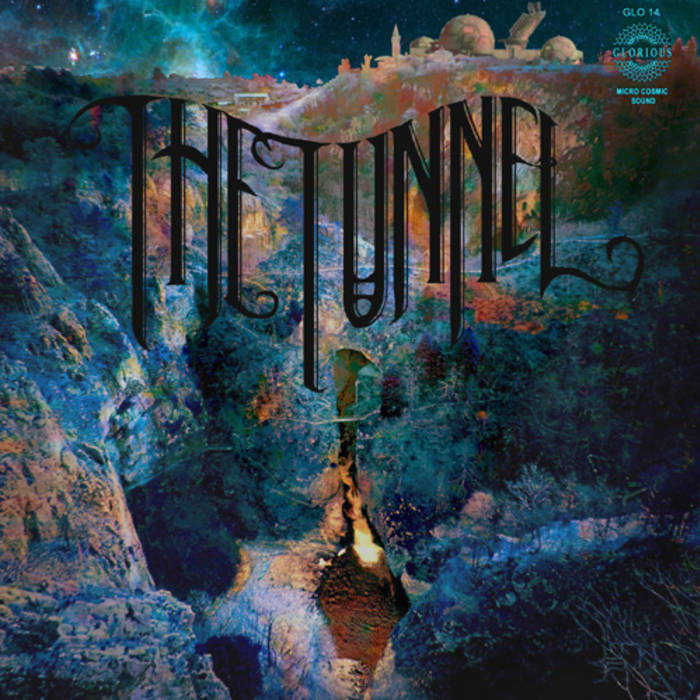 The protagonists of the lurid stories of Tunnel vocalist/ guitarist Jeff Wagner may be grifters, but nihilists they are not. Riding possessed upon the feral, hypnotic rhythms of bassist/noisemaker Sam Black and drummer Patrick Crawford, Wagner’s anti-heroes grasp at transcendence and howl in ecstasy.

Many of the song demos for SULTRY DAGGERS were created by a reclusive Wagner healing multiple broken bones after a bike accident, a gestation wrought with peculiar visions. The band then reconvened and collectively devoured the demos, reanimating them along with three songs from the vaults of Wagner and Black.

The resulting album is the first by the San Francisco band to openly admit to a love of the future-punk visions of Chrome and Killing Joke, as well as the dark, pretty melodies of studio alchemists like Cranes and Tones on Tail. These elements build upon the twisted drones of SULTRY DAGGERS’seafaring predecessor FATHOMS DEEP (2011) and the sparse, gothic ballads of the debut, CARVER BROTHERS LULLABY (2009).

Opening with a propulsive lurch into the grimy space-surf tones of "Shed the Skin", Side One drives relentlessly through to Track 4, the circular-7/8-metered, Jesus Lizard-meets-Film Noir drama of "Confessor". Side Two transitions into a set of progressively deeper, more atmospheric songs, from the cacophonous, helical coils of "Trigger" to the ethereal, Club Silencio-style closer "Song of the Spectre."

SULTRY DAGGERS was recorded by Black in San Francisco, mixed by Chris Crawford (French Miami, Clintongore) at Death by Audio in Brooklyn, and mastered by Carl Saff in Chicago (Grails, Unsane). The recording sessions were enlivened by a delirious but tasteful indulging in Black's arsenal of vintage electronics (Space Echo, CompuRhythm CR78, Synare, a resuscitated 1940s RCA 44BX ribbon mic) and the lovely backing vocals of Elizabeth Kelley.

“Inhabits a genuinely compelling other world from commencement to termination. Stay shocked, gentlemen. This is one fuck-off of a disc.”
-Julian Cope, Head Heritage (UK)

"If you like Nick Cave and the Bad Seeds during their "Tender Prey" era, you'll dig the Tunnel."
-Tony DuShane, San Francisco Chronicle

"Tom Waits meets Rob Zombie with some German expressionism thrown in...this would be my soundtrack to sit brooding in a dimly lit room late at night, plotting the gruesome demise of all my enemies."
-Lord Kveldulfr, Razorcake

"a song by The Tunnel is like a song by The Fall. You can expect everything except the expected...And yeah it hurts, but the pain is so delicious you push the repeat-button."
-Didier Becu, Peek-a-Boo Magazine (Belgium)

""Trigger" (my favorite track on the album) is driven by a big beat, gnarly pounding bass, and a hypnotic, clanging guitar riff that could have appeared on an early album by Public Image Limited or Gang of Four, along with psychotronic noises Helios Creed would have been proud to claim as his own...The songs are all masterfully constructed and the album is completely filler-free. You must hear this"
- RKF, The One True Dead Angel

"Their sound is made of clean but tortured vocals, sharp post-punk guitars and their rhythmic section are now more on the front, stressing the noise rock feel and dirty groove of the band. And it works really well. But what the band’s doing the best is creating a dark and mysterious atmosphere that evoques something like a haunted, old and smoky cabaret noir."
-Blasting Days (France)

"Between its staggering bass and compelling grooves, the post-punk of The Tunnel is alternately cold, rock'n'roll, goth, cutting, hypnotic, warlike, and crackling into a corridor also roamed by Toulouse's Otto, Swann Danger, and Love Life."
-kfuel.org podcast (France)

"metallic krautrock...It starts on deep and rocking with a growly vocalist, and only gets more and more intense."
-Runaway Music blog